A very special garden lies in the heart of Boise, Idaho. It is called the Universal Garden and the fortunate residents of Shoreline Plaza, an apartment complex housing folks who are older or have disabilities, saw firsthand how an inaccessible garden transformed into a beautifully designed accessible space that is fully usable for all its residents to enjoy.

How do you create a garden that can be used by everyone, without large expenses or specialized equipment? Christa Nuxoll, the service coordinator at Shoreline Plaza, discovered that her local ADA Center was the key resource she needed to transform an inaccessible space into one that is open and inviting to everyone.

According to the Center for Universal Design at North Carolina State University, the intent of universal design is to simplify life for everyone by making products, communications, and the built environment more usable by as many people as possible at little or no extra cost.

For example, using door handles instead of knobs makes opening or closing a door much easier regardless of your hand function. Imagine yourself with your hands full, trying to open a door with your elbow. A door handle makes it much easier whereas a doorknob can literally leave you stuck out in the cold.

It all started in the spring of 2016 when Christa arrived at work one morning and noticed a resident sitting in her wheelchair looking out at the garden. Christa asked if she was okay.

“She was fine,” Christa said. “She was just looking out at the garden area and wishing she could garden.” There was no curb cut and the ground was sloped and very uneven, so traversing in a wheelchair wasn’t possible.

“Such a simple pleasure,” Christa said, “and yet no way for her, or others in the building, to enjoy working in a garden. I decided right then that I would make it happen.”

Christa’s vision quickly turned into a collaborative effort when she connected with Dana Gover, the statewide ADA consultant at the Northwest ADA Center-Idaho and a board member of the Living Independence Network Corporation (LINC).

The Northwest ADA Center is part of the ADA National Network, which offers technical assistance (TA) and training services designed to help people with disabilities access their rights in all aspects of public life: education, employment, transportation, access to buildings, and much more.

As a TA provider, Dana’s knowledge about disability access and the ADA goes beyond her professional expertise: it’s also her lived experience. Dana uses an electric wheelchair because of paralysis sustained in a car accident 10 years before the passage of the ADA. She knows from experience how barriers can prevent access to places many of us take for granted.

When Christa and Dana met to review the existing garden, they discussed improvements that would be needed, such as smooth and level pathways wide enough to accommodate a wheelchair or walker. Luckily, Dana had designed an accessible garden years before when she had a raised garden built for her personal use.

“I grew up thinking out of the box,” Dana said, “I just wanted raised beds so you wouldn’t have to bend over.” This relatively simple concept makes gardening easier and more enjoyable regardless of a person’s physical abilities. That concept also echoes what universal design is all about.

A garden designed with the Principles of Universal Design in mind would be a much more enjoyable space for the residents of Shoreline Plaza. The Universal Garden Christa envisioned is also a great example of how disability advocates can help make meaningful changes happen in their community by working with people with disabilities to identify and remove barriers to create a more accessible and equally enjoyable environment. 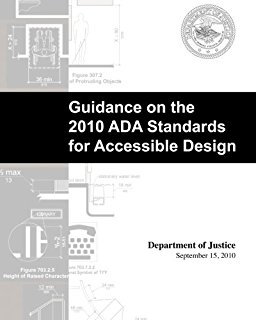 Although the ADA and the 2010 ADA Standards for Accessible Design do not specifically require gardens be accessible, they were a useful starting point for creating a garden for all the residents of Shoreline Plaza to enjoy.

The "2010 Access Standards" are a set of minimum requirements that newly designed and constructed facilities must meet to ensure basic accessibility. As the Northwest ADA Center describes it, accessibility in this sense refers to removing barriers preventing individuals with disabilities from full and equal participation.

"By asking people with disabilities to provide input," Dana explains, "a designer can exceed those minimum requirements and meet a variety of people's needs to create accessible spaces like the Universal Garden."

The most functional approach to gardening from a wheelchair is to be able to roll right under the garden box, which requires adequate knee space underneath. Dana’s early garden boxes lacked knee space so when she gardened she would have to twist and lean over, which can be uncomfortable for anyone working in a garden for hours.

Dana also advised Christa on design ideas by using regulations in the 2010 Access Standards including guidelines found in sections such as “Floor or Ground Surfaces,” “Knee and Toe Clearance,” “Reach Ranges,” and “Accessible Routes” to ensure that the Universal Garden would allow any resident of shoreline Plaza, regardless of whether they used a wheelchair or other mobility device, to easily move through the garden and get their hands dirty if they wanted to.

“We are committed in helping our communities become accessible,” Dana said of the Northwest ADA Center-Idaho, “we will try to assist anyone who has ideas or projects such as Christa’s Universal Garden.” That is just what the ADA is about—improving accessibility in all areas of society to create opportunities for citizens with disabilities.

Christa left the brainstorming session and started making a list of everything that would need to come together for the universal garden to become a reality, working to organize meetings with the residents to ensure they would be involved in the planning along the way. She sent out messages titled, “Dear Gardeners” and “Universal Garden Update” to keep everyone in the loop.

When Dana met with Christa to review the existing garden in March 2016, they realized the project would be no small undertaking because the existing space needed considerable modification for basic access. A drastic slope in the garden plot would require bringing in fill dirt to level out the pathways, which would need to be widened. Raised beds would need to be built, requiring wood and construction. And the garden would need quite a bit of good soil if they were to grow fruit, vegetables, flowers, and herbs.

Christa started searching for grants and businesses that might be interested in supporting this exciting project. The first business on the list was Tuffy Excavation, Inc., which Christa and her husband owned. Having spent some 25 years in the business, her husband had many of the connections they would need to get the ball rolling. He was able to enlist an engineer to plan out the garden from Christa’s hand drawn sketches as well as connect with two different concrete companies that donated the concrete and labor for the new garden.

Fifteen businesses and individuals throughout the community offered their support; some donated garden supplies like cinderblocks and tools, while others like the Forest Service provided plenty of good soil, all of which ensured that the Universal Garden would grow whatever the residents planted. Christa also secured a grant through the Home Depot Foundation to supply all the wood and labor needed to build three large raised garden beds. 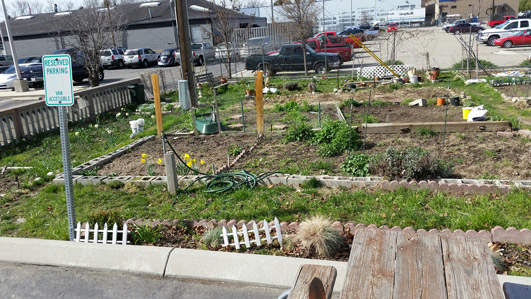 Within the course of a few months, an incredible transformation took place. At first glance, the old garden at Shoreline Plaza looks like any other, with its grass pathways with ground-level garden beds circled by bricks and cobblestones, all surrounded by a fence and concrete barrier.

Beyond that actual barrier, there were also many other barriers that prevented anyone else who happens to be using a wheelchair or walker, or who might have physical limitations from even accessing the space.

The beauty of redesigning the garden or any other space with universal design in mind is that it both removes barriers and makes the space more usable and enjoyable for everyone. Using the ADA and 2010 Access Standards as a starting point allows a designer to meet the minimum requirements of accessibility from which they can go above and beyond, limited only by their creativity.

Look at the garden after the transformation: smooth and even cement pathways await gardeners who can walk and roll up to raised garden boxes that allow them to get close to the flowers, vegetables, and herbs, all without kneeling down or bending over. It’s a garden that is accessible to all and where everyone can easily take a minute to smell the roses. 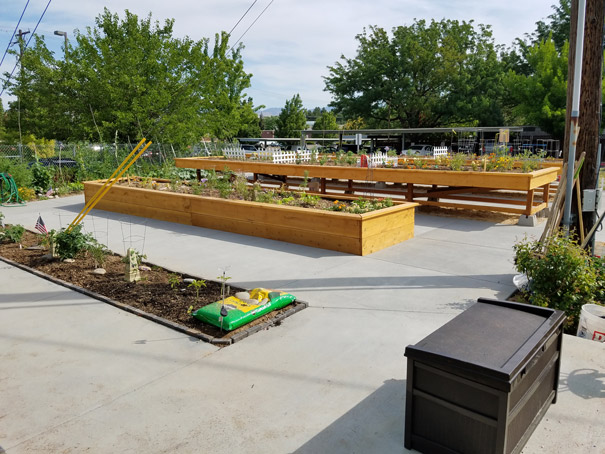 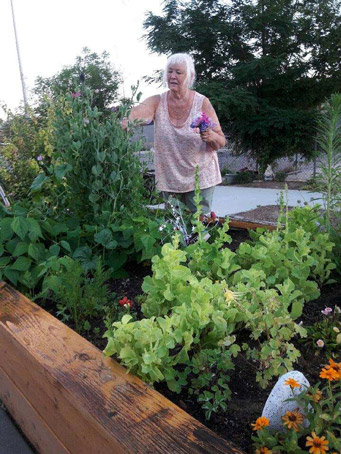