Assistance Animals Under the Fair Housing Act, Section 504 of the Rehabilitation Act, and the Air Carriers Access Act 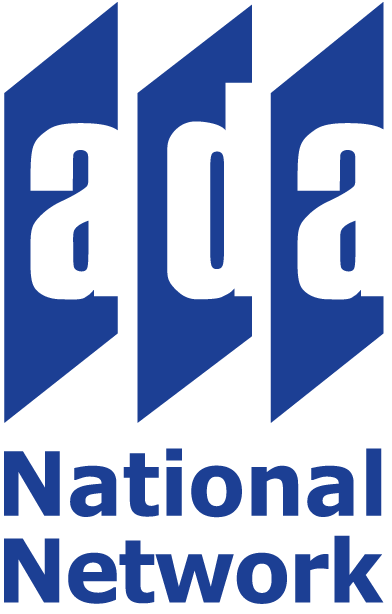 ADA Titles II and III cover some housing situations and in those cases, the regulations applicable to assistance animals, including service animals, are applied.[1] Two other federal laws are also relevant to the rights of individuals with disabilities in housing. First, the federal Fair Housing Act (FHA) prohibits discrimination on the basis of race, color, religion, sex, national origin, familial status and disability in housing.[2] Many types of housing, including public housing, are covered by FHA. The three exceptions to coverage are 1) rental dwellings of four units or less, if one unit is occupied by the owner; 2) single family homes sold or rented by the owner without a broker; and 3) housing owned by private clubs or religious organizations that restrict housing units to their members.[3] Two federal agencies—the Department of Justice (DOJ) and Housing and Urban Development (HUD)—have authority to enforce the FHA. Section 504 of the Rehabilitation Act will also apply to FHA housing if the housing provider has received federal financial assistance that can include funding received by FHA. DOJ also enforces compliance with Section 504 of the Rehabilitation Act of 1973.

There are various protections from discrimination included in the FHA. For individuals with disabilities who want to have their animals, the relevant one is the duty of covered entities to provide a reasonable accommodation defined as “a change, exception, or adjustment to a rule, policy, practice, or service.”[4] If a tenant, or proposed tenant, asks permission to have an animal, and the provider has a “no pets” policy, FHA and Section 504 would both require that this be considered a request for reasonable accommodation. The threshold question is what kind of animal is the tenant requesting. FHA allows both “assistance animals” and “service dogs.”

If answers to both questions outlined above are yes, then the housing provider is obligated under both Section 504 and FHA to modify a “no pets” rule to allow the person to use the animal in all portions of the housing unless it would create an undue financial and administrative burden and/or fundamentally alter the nature of the services. Another reasonable accommodation would be waiving a pet deposit or fee.

The Sixth Circuit Court of Appeals heard an interesting appeal in 2015 from a district court decision that addressed the obligations to modify city zoning rules to allow a miniature horse under both FHA and ADA Title II. In Anderson v. City of Blue Ash,[11] the issue was whether Anderson, the plaintiff, could keep a miniature horse, the assistance animal for her daughter with disabilities. The city, in response to complaints from neighbors regarding the excess waste from the miniature horse and other health concerns, unsuccessfully attempted to remove the animal and eventually passed an ordinance to prohibit farm animals in residences within the city. After receiving numerous fines, Anderson sued the city for violations of both FHA and Title II.

The Sixth Circuit judge goes into great detail regarding the ADA Title II regulations related to miniature horses and the duty of covered entities to make reasonable modifications in policies, practice or procedures. He then dismissed the city’s argument that the miniature horse was only used “outside” in the yard for a limited amount of time during the day and therefore the daughter could instead receive benefit by participating in a community therapy program. The fact that the horse provided physical support to the daughter so that she could get out of the house and be in the yard independently seemed sufficient to the court to be evidence of performing a task for the individual with a disability as required under ADA. Similarly, the court reviewed the mandate under FHA to provide a reasonable accommodation if necessary to allow the individual an equal opportunity to enjoy the property. The Sixth Circuit reversed the lower court’s award of summary judgment to the city on both the FHA and ADA Title II issues.[12]

There have been numerous complaints, administrative hearings, and court cases regarding the obligation of covered entities under FHA to allow individuals with disabilities to live with their assistance animals. There seems to be no dispute that whatever the animal is “called”—e.g., emotional support animal, or service animal—all must be considered as a reasonable accommodation to the rules or policies of a housing provider.[13]

At the end of 2020, the U.S. Department of Transportation (DOT) announced that it revised its Air Carrier Access Act regulation on the transportation of service animals by air. We are working to update the information provided below to align with the changes. While we take the time to update our information, check out a summary of the changes available on DOT’s website. You can also find some additional information in DOT’s Aviation Consumer Protection’s article about service animals.

In late January 2018, a passenger tried to board a United Airlines flight from Newark International Airport to Los Angeles with a peacock, her emotional support animal.[14] The airline refused to allow the passenger to board with the peacock based on its weight and size according to the press. Six months earlier, in June of 2017, a passenger on a Delta flight from Atlanta to San Diego was seated next to a man holding his large dog. The dog, identified as an emotional support animal, lunged at the passenger who sustained facial injuries requiring dozens of sutures.[15] Cases such as these have created frustration among airline staff and passengers, leading to increased complaints.

Because the ADA does not apply to airlines, the relevant law to apply in both the cases above is the 1986 Air Carrier Access Act (ACAA).  The ACAA requires that airlines registered in the United States must transport all service animals regardless of species, with a few exceptions. Those exceptions include snakes, reptiles, ferrets, rodents, and spiders. Service animals are defined by the Department of Transportation (DOT) under the ACAA as “any animal that is individually trained to assist a qualified person with a disability or any animal necessary for the emotional well-being of a passenger.”[16] This is clearly a broader definition than a service animal under the ADA and includes emotional support animals and psychiatric service animals.

If the animal is an emotional support or psychiatric service animal, the animal’s owner must provide a letter from a licensed mental health professional stating that the passenger needs the animal. DOT distinguishes between emotional support (no training required) and psychiatric support (training required) animals but both are covered. Only these two categories of assistance animal require some written certification or documentation under the ACAA. In addition, the airlines are permitted to request a 48 hour advanced notification when a passenger wants to travel with either an emotional support or psychiatric service animal.[17] In all other types of animals, the airlines are to rely on “credible verbal assurances” from the passengers. DOT only requires foreign airlines to allow service dogs, although a US airline is responsible if a passenger flying on a foreign code share partner[18] is not allowed to have the animal.[19] Finally, airlines cannot charge for the animal.[20]

Based on the growing numbers of passengers flying with assistance animals and the increased complaint activity, DOT published an advance notice of proposed rulemaking in 2018 to address the concerns.[21] DOT states that the intent of new rules is to address the misrepresentation by some passengers as to the role of their animals and ensure the safety of all passengers. Although it is not clear what the revised ACAA regulations will be, it would not be surprising if there were restrictions on the types of animals allowed to board with passengers. Some airlines are not waiting for possibly new ACAA regulations and have passed internal policies regarding assistance animals on their planes. For example, United Airlines—the airline involved in the peacock episode—issued new rules soon after that incident. Effective March 1, 2018 United Airlines requires documentation that the emotional support animal is both 1) in good health and 2) is properly trained for public settings.[22] Delta has also issued new procedures and a comprehensive support and service animal policy following the emotional support dog incident referenced above.[23]

[5] John Trasvina, US Dep’t of House. & Urban Dev., Service animals and Assistance Animals for People with Disabilities in Housing and HUD-Funded Programs.

[12] Summary judgment is a motion brought by either party in a lawsuit (or both) asking for a court ruling that no factual issues remain to be tried and therefore one or all of the issues in a complaint can be decided without trial.

[18] Foreign code share partner designates a business arrangement between an American airline and a foreign airline to share the same flight.